Dr Fred. - Best Communication Techniques I ever heard (plus 21 other courses) is included in the CTLx Bundle 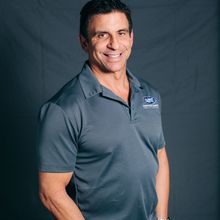 Dr. Fred DiDomenico graduated from LACC in 1987. He quickly found the philosophy of chiropractic after school and elevated his life purpose to help as many people as possible understand and live this philosophy and lifestyle.

Since chiropractic principle is truth, he believes spinal correction was the highest, most powerful application of the principle. He believes subluxated, diseased people can become corrected, healthy and live the principle of an optimal spine/optimal health lifestyle. He endeavored to become his best with spinal correction and an inspirational leader with powerful communication, team and practice building skills to reach his vision and calling on a global scale in this life. In 14 years of practice he had 4 spinal corrective practice that were CBP based in 3 states seeing an average of 550 – over 700 a week that were created from their inception.

Dr. Fred began working with Pettibon in 2002, became an instructor and in 2008 began a close, united relationship with CBP attending over 100 hours a year of technique seminars becoming the most qualified coach for spinal corrective practices. He coupled this with professional communication training in 5 systems for the last 18 years and continues today. The most predominant communication systems are NLP and Life Coaching, similar to the most effective and sought after business coaches in the world today.

Dr. Fred’s application of the communication systems, the most effective, researched and advanced spinal correction technique, CBP and tools to help you build a powerful spinal corrective “Culture” in your practice makes Elite Coaching a new model for a new world building the highest value for your care while creating lifelong, committed and inspired relationships with your patients in the profession today.

Dr Fred. - Best Communication Techniques I ever heard (plus 21 other courses) is included in the CTLx Bundle