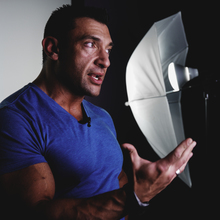 Dr. Chris Zaino is a world-renowned speaker, author, entrepreneur, and HERO. After winning Mr. America in 1998, and being a leader in the fitness industry, he found himself defying a deadly disease in his late 20's. Dr. Zaino leveraged his experience to establish one of the largest health and wellness clinics in the world, seeing thousands of patients per week (yes, per week). Teaching mindset and health principles has allowed thousands of people to finally receive results where other health and medical systems failed them in the past. Now an international speaker, author, and mindset expert, Dr. Chris has shared his message of wholeness in mind and body over 4430 times. Shifting Doctors and Clients alike to continue to make the impact on millions.

The Core Premise of his work is that everybody is born with seeds of greatness and capable of heroic things if given the chance. That each person has the noble qualities inherent in them to drastically shift themselves and their work. Dr. Chris seeks to unlock this in each man, woman, and child he reaches. Rather than let people silently grieve their potential, he exists to wake up the hero that we know is hidden within each of us.

His message is set to reach hundreds of thousands this year via his social media platforms and allow those sleepwalking through life to awaken. In doing so, each one becomes a Hero to carry the message into their own personal world and in turn, will spread into the world at large.

Today, Dr. Chris is a Healthy and Whole husband to an incredibly supportive wife, Whitney, and father to two amazing superhero sons, all of which would've been impossible if he hadn't brought alive his inner Hero. Together, each of us can rise and reach our full Hero potential! 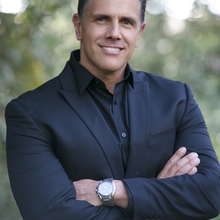 Roberto Monaco has been a full-time speaker, coach and trainer since 2002, and has conducted more than 4500 presentations in America, Canada, Mexico, England, Brazil and Puerto Rico

He has advised and consulted with Fortune 500 companies, executives, managers and sales professionals in the areas of peak performance, leadership, psychology of achievement, presentation skills and sales.

He has served chiropractors for the last four years, showing them how to convert more patient's at Dr Report’s, ROF, “dinner with doc” talks and health lectures. He has quickly become the “go-to” speaking coach for the top Chiropractic Advocates in the industry. He is the founder of The Chiro Speaking Club, an online community to teach Dr's to attract and retain new patients through public speaking and group communication. He has also developed the premiere Public Speaking Seminar for Chiropractors called Influencing From the Front for Chiro's.

Roberto Monaco is originally from Porto Alegre, Brazil, and he conducts workshops and training's in two languages: English and Portuguese. Roberto lives in San Diego CA with his beautiful wife, Katie.